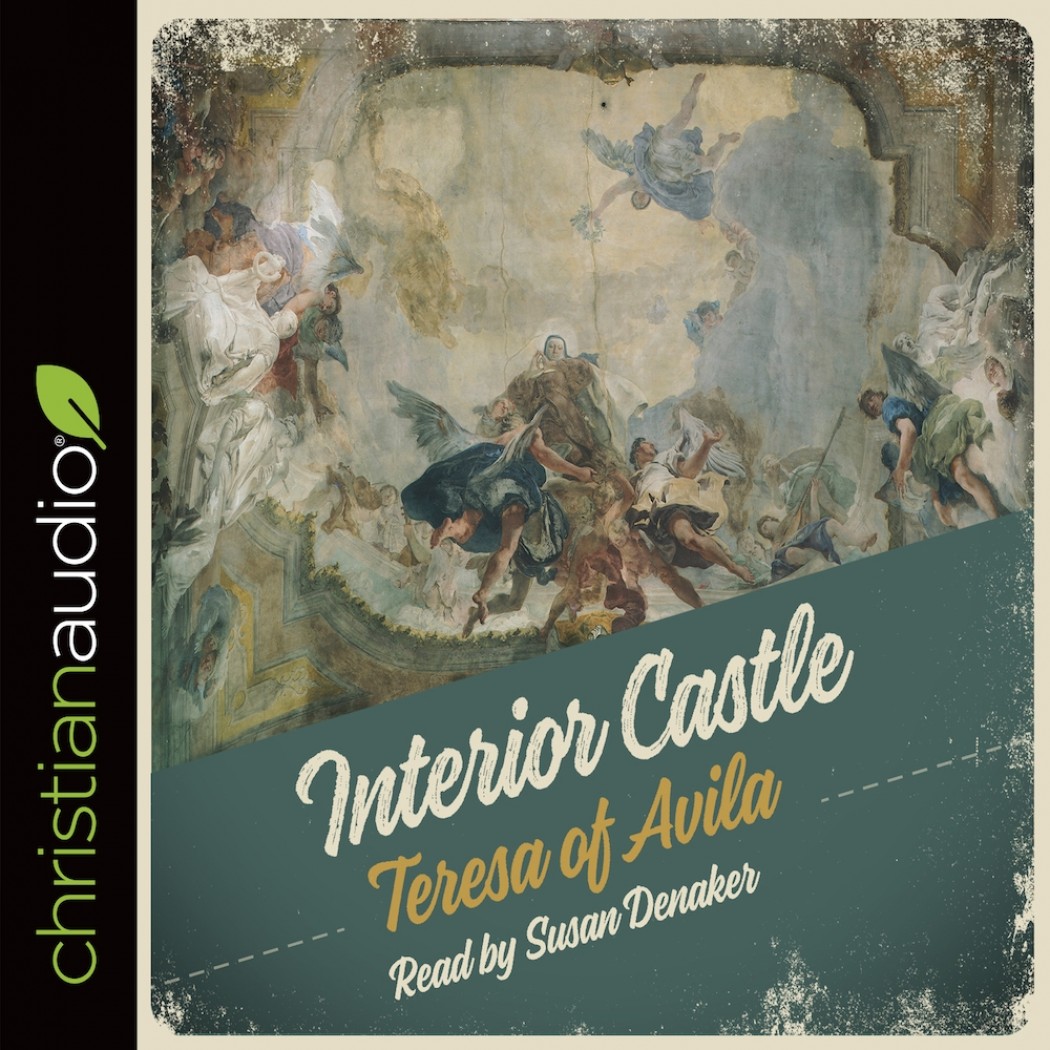 Twice a year, during Advent and Lent, I try to do some spiritual reading as a discipline, and this Lent I’m reading St. Teresa of Avila’s The Interior Castle, generally accounted to be a masterpiece of contemplation. The idea is that the human soul is pictured as a transparent castle containing many rooms, sort of a diamond cloister, the most impregnable fortress against the dangers of the outside world. It was natural that this member of a cloistered order would write based upon something she knew, of course, but the interesting thing will be how much I can make of this idea living in the world. Is a transparent mansion a cosy place, shiny and pristine as it is, or is it more like a prison to the modern reader?

I’ll be taking this book in as an audiobook which is probably not too much unlike the way the original audience received it.

the sensation of having a book read into my ears is a little like listening to podcasts, but it is more like a performance where it is easy to tell that the narrator is trying to produce a particular effect in the reader rather than making a conversational point of their own- but it is different from the performative act of someone giving a sermon because it cannot involve any interaction with the people hearing it, it’s more like a radio sermon in that respect- But it is a long work where I have to think to keep straight the difference between the first mansion and the third one as I listen- every so often there’s an unusual word or striking image that reminds me that the piece was written in the sixteenth century by a woman religious in a cloister who probably did not have a lot of access to other written material the way we do now constantly- what would it be like to live that way now with the perspective of a modern mystic? I can only imagine that the broadening of the natural and social sciences and the bombardment a person has by mass culture from an early age would lead a person to think if vastly different ways from what made sense back then

I am hoping to find some way of being able to think of this book in the midst of ordinary life- Teresa clearly intends her words to be a sort of instruction book for her ‘sisters’ also in the cloister- it isn’t a practical set of rules for how a soul can make his or her way to higher and higher mansions, but more like a guide as to what a contemplative at the various levels will have to concern themselves with to lead an authentic life, the temptations and pitfalls and consolations that apply to each one-

I’m listening to about 2% of the book each day through Lent, enough to jog the memory but not so much that it is a heavy burden