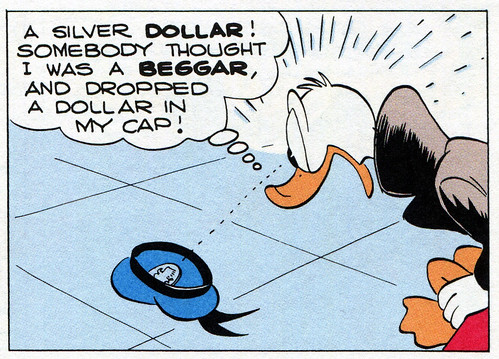 I’ve been thinking for some time now of what I’d like to do once it’ll be no longer viable to continue working in the tech industry. I’ve dropped out and made my way back in, but do not have high hopes for being able to do that again ten or more years closer to retirement age. I keep coming back to the idea of making a radical change going into creative writing.

Wallace Stevens had a day job (insurance executive). William Carlos Williams had a day job (physician). I don’t think there are more than a handful of poets who sustain themselves solely on poetry. Among prose writers, there are also notables who have day jobs: Ted Chiang is one who comes to mind outside academia (technical writing), and Kameron Hurley is another. Plus there is any number of those teaching creative writing courses or supervising MFA students or working as journalists or in other ways. It is part of the reason why people say that you need to love writing in order to contemplate doing it as a profession, that you’d do it even if it had to be fitted in between things you do just to put food on the table. Some writers spend their whole lives earning a living apart from writing. Still, there are those who are able to cut the ties to outside work, whether because of a fellowship or award or patronage of some kind or inherited wealth or the strength of sales. The path to this state can be narrow and feature plenty of pitfalls, and usually it is hard to make the transition gracefully.

There are loads of people out there who are happy to dispense advice on how to make the leap, whether it’s by following a writing formula that will seize the market, or by building a compelling marketing strategy with self publishing or by enticing agents and editors to take a gamble on you in hopes that you’ll prove to be a lucrative property for them in the future. But can any of these be trusted? Even if we assume that they aren’t all out to fleece vulnerable aspiring writers, isn’t it just more likely that they are discounting the importance of blind luck in climbing it up to that first rung?

On the other side, there are so many stories of talented writers who didn’t become popular until after their deaths, a pattern not to emulate. There are also those who have had a single early success but have not been able to follow that up with anything as successful afterwards, which is not very reassuring. Somehow there are those who appear to lack what most experts would say are essential qualifications to produce good writing, but who have some amount of success anyway, in a way that always manages to be hard to reproduce. They can become wealthy hacks churning out saleable product like a factory, apparently without much trouble at all. And then there are those who achieve fame and influence during their lives but who are forgotten quickly after they are gone, as though they never wrote anything of note at all.

People speak of it as a fine system if they one of those who ended up making it work for them, or as a terrible system if they have not made it no matter what they tried. So it’s a gamble, I guess, more than not. Maybe the only thing to do is to try to get the odds going in your favor as much as you can. Get your best work out into distribution, remove barriers to success if you can, write prolifically, and stay optimistic. Make friends in the industry whenever possible, and keep your eyes open for a lucky break.